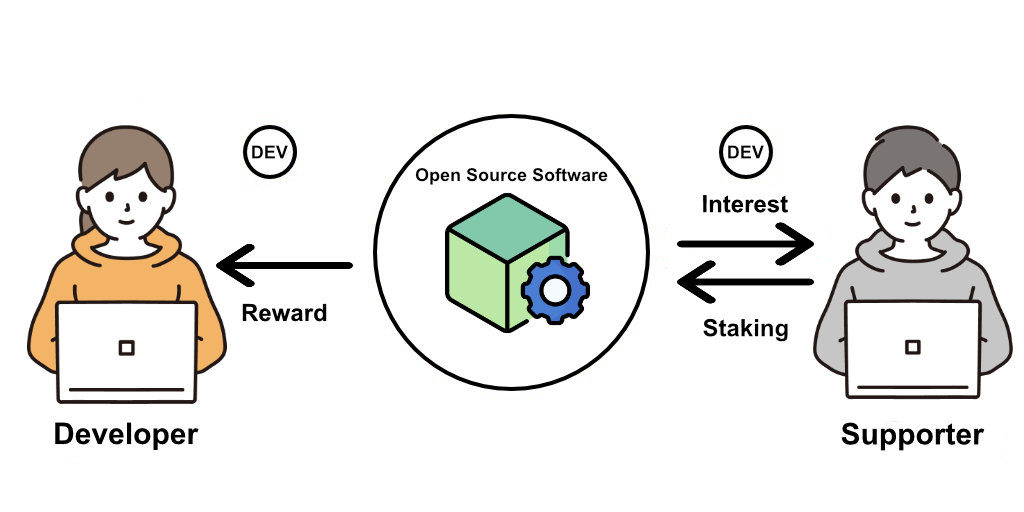 DEV token is a crypto asset designed to support the next generation of creators, such as OSS developers. (OSS - Open Source Software).

Dev Protocol was created with the use of blockchain technology as a system to realize continuous support for all creators. DEV token is a crypto asset issued by Dev Protocol.
Staking is like depositing your money to banks. As you may know, you’ll get interest for your deposited money. For DEV, if you deposit DEV token (money) to OSS (banks), you’ll get interest. The interest will be shared with developers, that means, interest for developers (reward) will be a donation for developers.

A system for continuous support permalink

Staked DEV token is in the condition of being deposited. It doesn’t neither decrease or diminish because it’s deposited. You can also withdraw it whenever you want to. While DEV token is deposited, both supporters and developers get interest. In other words, you’ll get more benefit from depositing it rather than owning it.
Once you withdraw your DEV token, the increase of interest stops. Therefore, for supporters, they get more profit by depositing instead of withdrawing. In addition, the interest will be added for developers, which result in a donation for them. Dev Protocol realizes continuous support for developers with this system.

A system that rewards developers permalink

How to stake permalink

When you start to stake, you need to find projects that you want to support at Stakes.social. Find projects that you want to support from Project List Page.
To find your favorite projects, you can just search with key words of OSS names, or check the profiles of OSS at OSS introduction page (In this page, you can also find a link to Github, and it might be a great idea if you read README file there.) 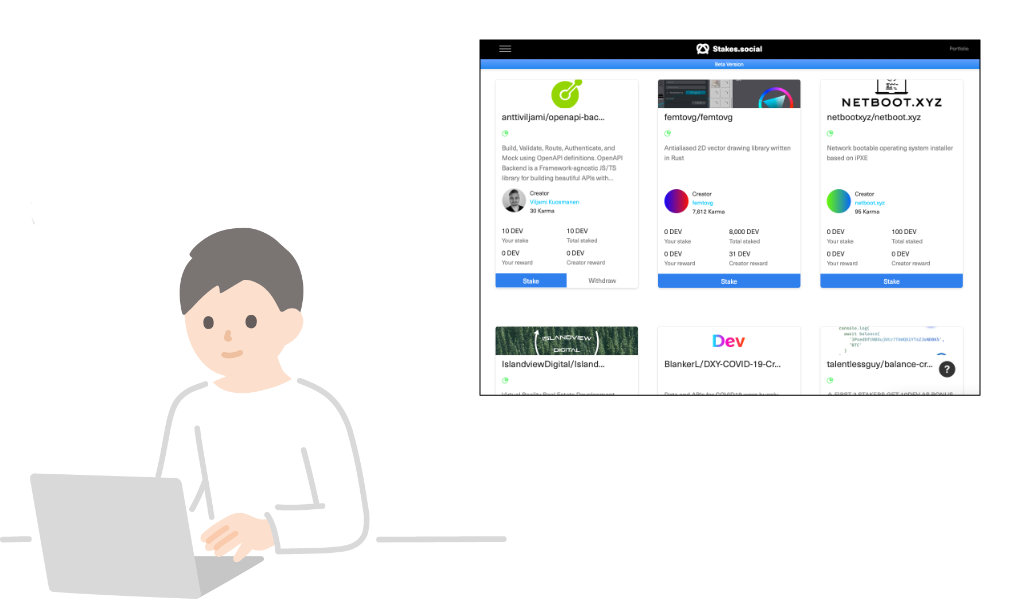 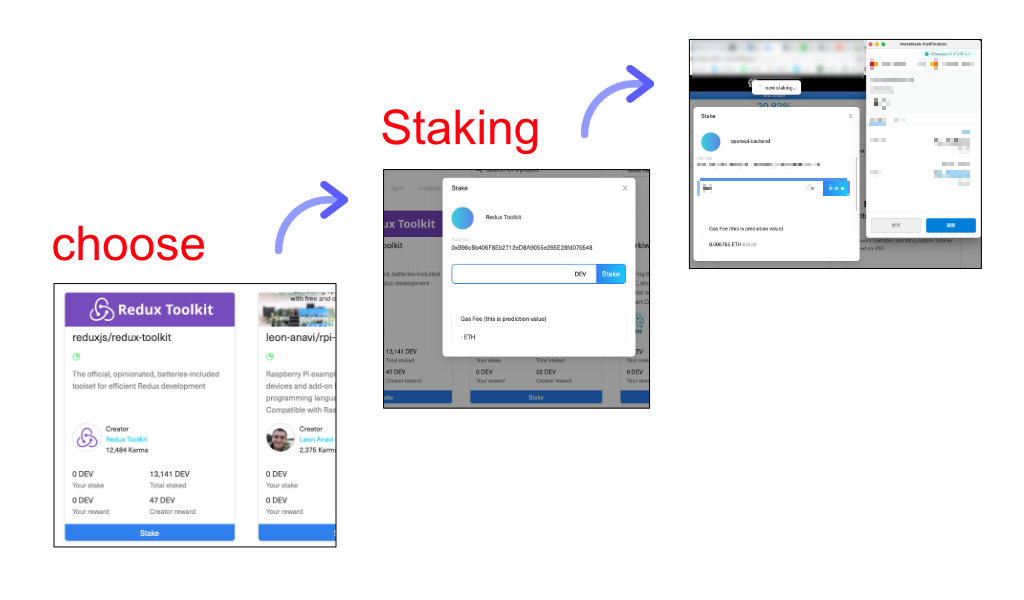 After the transaction is done and your staking is completed, you can see a message, “success staking!”. 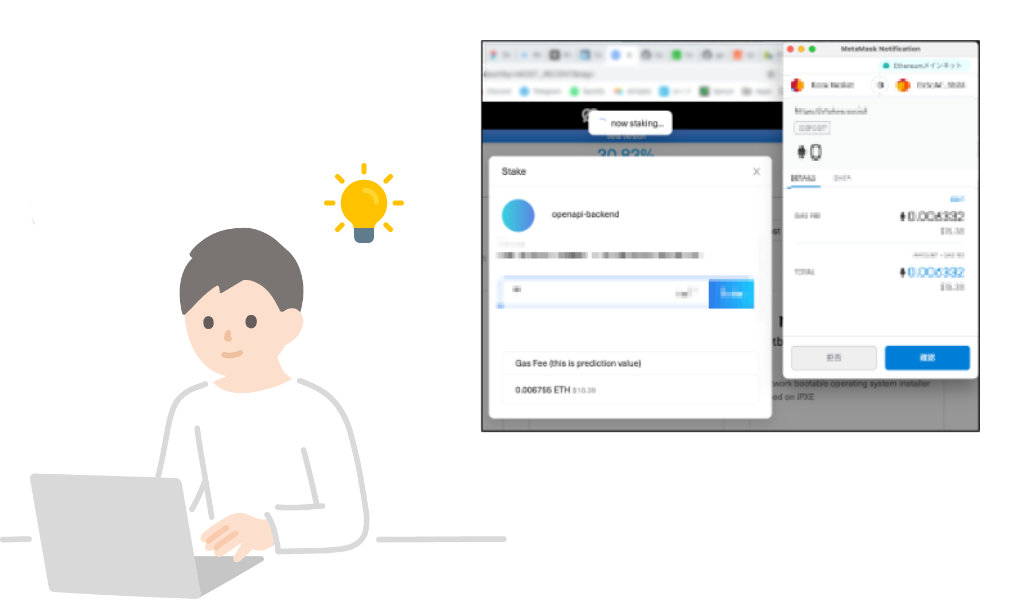 The longer you continue staking, the longer developers with your support can devote themselves to their development much more than before, which results in your profit as one of their supporters and in continuous support for developers. We’d highly recommend you to stake as long time as possible for their continuous development.

†1 Since the interest for supporters always fluctuate, please check STAKER APY at the following website if you want to know the current rate per year.
https://stakes.social/stats

†2 Since the interest for creators always fluctuate, please check CREATOR APY at the following website if you want to know the current rate per year.
https://stakes.social/stats